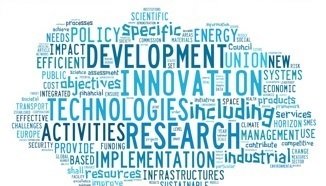 Over the past weeks I have come to realise that collectively we may be on our way to destroying a large part of the European H2020 innovation programme. Not on purpose, but still.

Background to this rather ominous statement are a number of meetings I had over the past weeks with researchers and internal grant managers from different universities and research organisations across Europe. I assessed their comments on when, how and why they join proposal consortia against recently  published stats on the number of proposal submissions and success rates across some of the H2020 sub-programmes during the first year of operation. My conclusion: the H2020 ‘Societal Challenges’ and ‘Industrial Leadership’ pillars suffer from the so-called ‘prisoner’ dilemma’. The only one holding the key to the dilemma is… industry!

In the prisoner dilemma – originally a concept from game theory and often used in economics and political sciences – two prisoners who are kept apart, are each told that the other will soon confess to a crime (for which the police have no evidence) which will result in them getting all the blame. The best objective option for both prisoners would be to keep their mouth shut. After all: there is no evidence. On an individual level, however, each prisoner has most to gain by talking first and blaming the other in order to minimise their own punishment.

Let me adapt the prisoner dilemma to what appears to be going on in H2020 to show you why I am concerned about its future:

Europe’s Research Framework programmes were originally set up to foster and financially support the highest quality research we have in Europe. In particular in the early days – and I would stretch that period up to the end of FP6 – time -investment by proposal developers was high as they really tried to come up with original approaches and high-end research targets. Proposal selection was also tough and this helped to keep the number of submitted applications under control. After all: it cost too much time and energy to develop proposals that would not be funded anyway, especially since there was sufficient national and regional funding around as well.

A new copy/paste mentality appears to have set in

Now we are in a very different situation: national and regional funds are much less available as a result of the recent economic downturn. At the same time, many more organisations have become ‘proposal-savvy’, meaning that they have at least understood how to put which building blocks together in order to get to a ‘decent’ quality proposal. You can see that clearly in the much larger number of submitted proposals over the past year that are above the threshold, but not making the funding-cut (which is largely determined by the available money within the call). A widespread copy/paste-mentality also appears to have set in: failed proposals are more quickly being rehashed or stripped to act as building blocks in new proposals. As a regular reviewer of proposals from my clients (and from other proposals in which my clients are a partner) I sometimes see whole sections copy/pasted from other proposals, a few of which I even wrote the first time. This process is facilitated further by the fact that the European Commission really has made a good effort over the past years to structure and simplify the application process itself. Thanks to the revamped Participant Portal, the proposal templates and the detailed guidelines, the act of proposal writing has never been so easy… Alas, that’s not where the challenge is anyway. The challenge lies in original thinking and being sensitive to what the world’s consumers/patients/stakeholders/end-users/governments  really need and want.

“…Why not join, never mind the quality…”

But most of all –  and here I come back to my discussions with the researchers and university grant officers – it looks as if researchers are becoming very pragmatic in their approach to funding in the ‘Societal Challenges’ and the ‘Industrial Leadership’ pillars. Instead of only wanting to develop or participate in what they consider the very best innovative projects and consortia, they are starting to join other people’s proposals left, right and centre. After all: writing a page as a partner in someone else proposal doesn’t cost much time if you can make use of what was already produced before. In view of the published average success rate for H2020, the attitude seems to have become one of “…Why not join, never mind the quality. If I participate in a lot of proposals with minimal necessary input, then still one or other may score after all”.

That attitude might on first sight be an approach for someone who treats H2020 as a mere lottery; it’s all in the numbers. However, the comments I am picking up point to a different rationale for this increase in undifferentiated participation in H2020 proposals. Especially more ‘mid-level researchers’ – constantly under pressure to publish in order to keep their position – appear to be thinking: “The number of submitted proposals is rising fast and the success rate is getting lower and lower. This can only mean that others (e.g. researchers) are already treating H2020 like a lottery and must therefore be starting to care less about the quality of the project proposals they participate in.” This is essentially what the prisoner-dilemma is all about: “I will do it before the other(s) do it…”

Commission is downplaying the problem: a new tool instead of a real strategy

In a recent interview with Brussels based ScienceBusiness magazine, the European Commission appeared to recognise there is a problem, but they immediately played down any serious discussion by arguing that the new 12% average success rate is further proof of the programme’s success rather than a sign of a structural weakness in its design and implementation. Their main fear, according to the article, is that the large cohort of ‘mid-level researchers’ looking for EU-funding will end up crowding out the 10% top-level researchers who see their ideas and efforts go under in the sheer number of proposals that have to be reviewed and the unknown research-quality of the people that have to evaluate them. If they drop out, then H2020 really becomes a lottery and the EC’s flagship becomes a farce.

So what is the Commission doing about this? Basically the core of their new approach is to implement the 2-stage application strategy across most or all of H2020, with the addendum that evaluators will be instructed to act really tough. Proposals that get through the first round should in future have a 1-in-3 chance to get funded, instead of 1-in-8 or less as is now the case. A laudable approach, but will this solve the problem? I fear not, as the 2-stage process is just a tool and not a real strategy. In fact, for Europe’s taxpayers it might even decreases H2020’s return on investment. After all, the time-investment of all these researchers in preparing all those 1st-stage proposals is still the same and so is the time and money lost. Many of these proposals, whilst maybe not the most innovative, would still create jobs and opportunities if given the chance. In a much more strict 1-stage assessment, these projects will simply not happen. Given what I said before about the ease of rehashing proposals, I could also imagine that proposals are submitted ‘on-and-on’ in the hope of an off-chance success to get to the next round. This would create a merry-go-round of proposals that can only end in a collapse of the whole evaluation system. As a preventative measure I would at least also implement add submitted proposals that made it over the threshold but did not qualify for funding cannot be submitted for at least 2 years. That will force these researchers to either look again very hard for funding elsewhere or to reassess the quality of their work and think really hard before making a new effort. The consortia who fail the threshold altogether should be told much more direct that their proposal is simply not good enough and that they are advised not to resubmit this or a similar proposal again. “Wanna be tough, then act tough!” I say. H2020 is not an instrument to gain research credibility; it should be an instrument of already high-profile researchers that set the European research bar even higher.

It will be clear to you that I find the Commission’s remedial emergency action not very impressive or imaginative. To me, the way out of the prisoner dilemma lies in going back to what H2020 was meant to do: foster innovation! Innovation is only innovation if the technology that you invented or improved actually makes our lives better either because we want something (demand) or because it solves a societal need. For that you need industry. They are the only ones that take a significant financial risk when they develop new things of which they hope and expect there is a commercial demand.

To stem the tide of submitted proposals and bring back some form of normality in the success rate levels, I would therefore be much in favour of changing the H2020 proposal template chapter so that the Impact section comes first. Only if Impact (i.e. quantifiable future demand or need and a clear approach to meeting that demand/need) can be convincingly demonstrated based on a summary-description of the scientific excellence, then it is worthwhile asking the consortium for a full proposal. This approach works; just look at the results of the evaluation of proposals submitted in the H2020 SME Instrument!

In stage 2 proposals the Impact section should receive even more weight during evaluation. Adding 1.5 points is not enough. If a project really solves a big societal problem or if a technology really has the potential to put Europe in the lead in a new area, then this should take prime spot; higher than Scientific Excellence. That this should probably not even be an issue as ‘Big Impact’ tends to happen because of ‘Significant Research’ anyway. So why not add 3 points to the Impact section if a proposal scores over the threshold?! That’s a statement which will at least force every consortium to think really hard before submitting a proposal. The best yardstick will be a strong presence (>50%) of industry in the consortium.

At least the Commission appears to have understood that projects that do make it through stage-1 evaluation should not be left in the dark about their weaknesses and improvement potential. Until now, no evaluation feedback was provided after stage-1. I have always found this strange. After all, it is in everybody’s interest to see that those proposals have achieved their maximum potential at the second evaluation round. Especially where it concerns Impact. So why not help them by showing them what the evaluators thought was already excellent and what should be improved upon?! If the interview statement is to be believed, then in future project consortia will see the stage-1 Evaluation Reports and will be able to take valuable comments and criticisms on board before they are judged in round-2. At least that’s something, but come on Commission: take some real action to save the H2020 programme, before its intended success becomes its downfall.

Please note that when I speak about H2020 in this specific article, I explicitly exclude the H2020 ‘Excellent Science’ pillar and the ERC. These were created specifically to foster fundamental research and ‘research curiosity’ and put less emphasis on (commercial) Impact, even though they still may result in significant Impact further down the line.